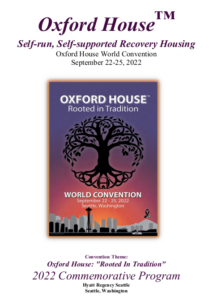 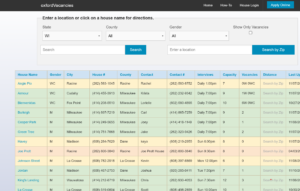 Click on the Image to Go to Oxford House Vacancies

The Philosophy Behind Oxford House

The philosophy behind Oxford House is three-fold: [1] self-help is the bedrock of recovery, [2] disciplined democracy is key to living together, and [3] self-support builds efficacy in sobriety comfortable enough to avoid relapse.Philosophy Behind Oxford House

The Purpose of Oxford House

Oxford House is a concept in recovery from drug and alcohol addiction. In its simplest form, an Oxford House describes a democratically run, self-supporting and drug free home. Parallel to this concept lies the organizational structure of Oxford House, Inc. This publicly supported, non-profit 501(c)3 corporation is the umbrella organization which provides the network connecting all Oxford Houses and allocates resources to duplicate the Oxford House concept where needs arise.

The number of residents in a House may range from six to fifteen; there are houses for men, houses for women, and houses which accept women with children. Oxford Houses flourish in metropolitan areas such as New York City and Washington D.C. and thrive in such diverse communities as Hawaii, Washington State, Canada and Australia; but they all abide by the basic criteria.

Each House represents a remarkably effective and low cost method of preventing relapse. This was the purpose of the first Oxford House established in 1975, and this purpose is served, day by day, house after house, in each of over 2000 houses in the United States today.